New Perspectives into Neurobiology of Reading and Dyslexia

Reading processes rely on the integration of efficient component processes such as phonological, orthographic and semantic processes, coupled with domain general processes such as attention. Reading phenotypes, including specific learning disabilities such as decoding-specific reading disorders (a.k.a. developmental dyslexia), affects 5-10% of all children and are complex traits requiring multiple cognitive and neural processes mediated by interacting genetic and environmental factors. In this symposium, we will present the latest research performed in 4 different laboratories that aims to advance our understanding of the neural mechanisms underlying dyslexia. Research presented adopts a number of neuroimaging modalities from functional and structural MRI, MR spectroscopy, magnetoencephalogram (MEG) and electroencephalogram. This symposium is in collaboration with the European and International Dyslexia Associations’ (EDA and IDA, respectively) Scientific Advisory Boards. 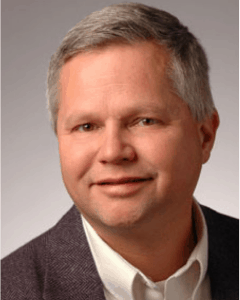 Building the literate brain: How learning to read depends upon, and changes, brain organization for spoken language.
The development of skilled reading involves a major re-organization of language systems in the brain. We will present ongoing research from our lab on the genetic and neurobiological foundations of learning to read across writing systems, with particular focus on bi-directional dependencies between brain pathways that are critical in linking spoken and written language.  Our research suggests that print/speech convergence in language cortex accounts for individual differences in reading outcomes in high and low risk learners. New longitudinal findings from our lab using computational models to better understand critical gene-brain-behavior connections in early language and speech motor development and reading and are discussed in detail (including new findings with magnetic resonance spectroscopy and multimodal brain imaging that reveals how excitatory and inhibitory neurochemistry moderate language and reading development in high risk children). Finally, we discuss recent studies that extend this brain research into second language learning. 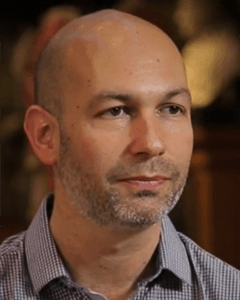 Cortical oscillations for speech processing in dyslexia
We will report the results of our MEG investigations of cortical oscillations in response to speech and nonspeech in dyslexic and normal reading adults. We will focus on the replication of previously published results on auditory entrainment in the delta, theta and gamma bands, and new investigations on the role of alpha band oscillations, and on the coupling between alpha and other frequency bands.

Franck Ramus is a CNRS senior research scientist and adjunct professor at the Department of Cognitive Studies, Ecole Normale Supérieure in Paris. His research bears on the development of language and social cognition in children, its disorders (developmental dyslexia, specific language impairment, autism), its cognitive and neural bases and its genetic and environmental determinants. 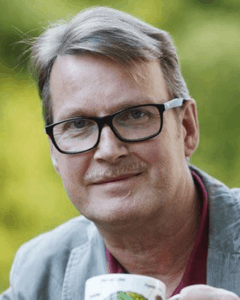 Professor and Vice-Dean of Research, Faculty of Education and Psychology, University of Jyväskylä, Finland
[email protected]

Neural signatures of speech perception, attention and reading in dyslexia
Reading difficulties are linked to multiple atypical processes or deficits at multiple levels. We will report recent brain response findings from our eSeek-study (“Internet and learning difficulties: multidisciplinary approach for understanding information seeking in new media”), where we used different experimental designs and stimuli with the same 14-year old school-age children with typical reading skills and those with reading (RD) and attentional difficulties (AD). The cross-linguistic speech perception experiment shows differences in the pattern of speech driven brain responses to native- and non-native speech sounds in both RD and AD children. The brain response findings from the experiment measuring attention network (ANT-task) show that both dyslexic and AD children differ from control children as well as from each other in their neural sources of several sub-processes of attention. The eye movements and fixation related brain responses (FRPs) of dyslexic readers measured during a natural sentence reading task and extracted using linear deconvolution approach show differences compared to typical readers. We discuss our findings from the multiple deficit and shared deficit perspectives.

Paavo H.T. Leppänen, PhD, Vice-Dean (research) of the Faculty of Education and Psychology, is Professor of psychology and dyslexia research at the Department of Psychology at University of Jyväskylä (JYU), the head of the EEG and behavioral cognitive psychology laboratories of Department of Psychology (JYU). He has long experience in the research of learning disorders, especially reading and reading difficulties and related cognitive risk factors using both brain event-related potential (ERP) and behavioral research methods with infant, child and adult populations. He currently conducts and directs research in the field of developmental cognitive neuroscience using MEG and EEG techniques, and those combined with eye-tracking methodology. His research themes include digital and Internet reading (with web-based, behavioral, eye-tracking and brain response measures), dyslexia, language difficulties, and problems in foreign/ second language learning, their risk factors and neurocognitive processes of reading. 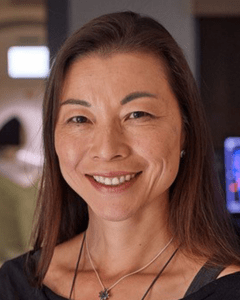 Intergenerational Neuroimaging of Literacy and Dyslexia: A New Cognitive Neuroscience Research Paradigm
Parents have large influence on offspring’s brain and cognitive development.  The Intergenerational Multiple Deficit Model (iMDM [van Bergen et al. Front Hum Neurosci 2014]; or Cumulative Risk and Protection Model, CRAP Model) affords integration of parental influences as well as others, whether genetic or environmental, and whether risk or protective factors, to explain individual differences in reading ability and liability for developing dyslexia, a specific disorder of reading.  Further, it has recently been suggested that most complex traits show intergenerational sex-specific transmission patterns, which could help uncover biological pathways of transmission.  Macrocircuits using imaging may be an ideal target for investigations of intergenerational effects, where key causes may converge in ways that lead to complex phenotypes such as reading and dyslexia.

Fumiko Hoeft MD PhD is Professor of Psychological Sciences, Psychiatry and Neuroscience, and Director of the Brain Imaging Research Center (BIRC) at University of Connecticut (UConn). She also holds appointments at the UCSF Dyslexia Center and Haskins Laboratories. She is a neurophysiologist, and systems/developmental cognitive neuroscientist interested in risk and protective factors in dyslexia, as well as developing edtech tools such as APPRISE that assesses dyslexia risk. She received research training at Harvard, UCLA, Caltech and Stanford, and held faculty positions at Stanford, UCSF and UConn. Honors include awards from the International Dyslexia Association (IDA; 2014), International Mind Brain & Education Society (2018), and Society for Neuroscience (2018). She has published over 140 articles, and has delivered over 210 talks such as at TEDx and the White House. Her work has been widely covered in media such as The New York Times, CNN, and Scientific American. She Co-Chairs the Scientific Advisory Board at the IDA.