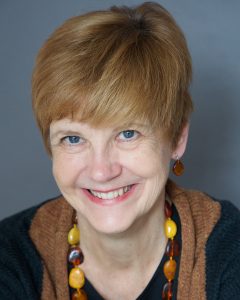 Individual differences in language laterality: are they meaningful?

150 years after Broca’s seminal statement “Nous parlons avec l’hémisphère gauche” we still do not know how or why we have this bias. It seems reasonable to suppose that lateralisation evolved because it is adaptive, perhaps enabling complementary specialisation of different functions.  However, if this were so, then we might expect to find evidence of language deficits in people who have bilateral or right-hemisphere language. Although such an association has been proposed, the evidence is not compelling.

My research group has been investigating the possibility that we need to look at the pattern of lateralization for different components of language.  Although language dominance is typically regarded as a unitary dimension, discrepant laterality across different language tasks is often reported in studies. We have shown that this cannot be dismissed as simple measurement error, and task differences in laterality may represent meaningful individual variability that originates from true differences in the hemispheric organisation of different language networks.  In a series of studies using functional transcranial Doppler sonography, we have investigated the functional correlates of inconsistent language laterality across tasks, to test a network efficiency hypothesis which maintains that optimal development depends on organisation of language functions within the same cerebral hemisphere.

Dorothy Bishop is a psychologist who holds a Wellcome Trust Principal Research Fellowship at the University of Oxford, where she heads an ERC-funded programme of research into cerebral lateralisation for language.  She is a supernumerary fellow of St John’s College Oxford, a Fellow of the Royal Society, Fellow of the British Academy and Fellow of the Academy of Medical Sciences. Her main research interests are in the nature and causes of developmental language difficulties, with a particular focus on psycholinguistics, neurobiology and genetics. Her book Uncommon Understanding won the British Psychological Society’s annual award in 1999, and she has published widely on children’s language disorders. In 2015 Dorothy chaired a symposium on Reproducibility in Biomedical Science organised by the Academy of Medical Sciences, Wellcome Trust, MRC, and BBSRC, and she is chairing the advisory board of the recently-formed UK Reproducibility Network.  She has a popular blog, Bishopblog, which features posts on a wide range of topics, including those relevant to reproducibility.  She is also on Twitter as @deevybee.