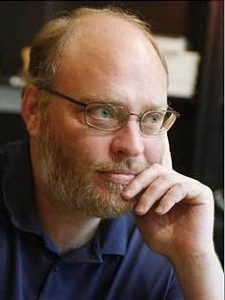 Speech production is a highly complex sensorimotor task involving tightly coordinated processing in the frontal, temporal, and parietal lobes of the cerebral cortex. To better understand these processes, our laboratory has designed, experimentally tested, and iteratively refined a neural network model whose components correspond to the brain regions involved in speech. Babbling and imitation phases are used to train neural mappings between phonological, articulatory, auditory, and somatosensory representations. After the imitation phase, the model can produce learned phonemes and syllables by generating movements of an articulatory synthesizer. Because the model’s components correspond to neural populations and are given precise anatomical locations, activity in the model’s neurons can be compared directly to neuroimaging data. Computer simulations of the model account for a wide range of experimental findings, including data on acquisition of speaking skills, articulatory kinematics, and brain activity during normal and perturbed speech. Furthermore, “damaged” versions of the model are being used to investigate several communication disorders, including stuttering, apraxia of speech, and spasmodic dysphonia. The model has also been used to guide development of a brain-computer interface aimed at restoring speech output to an individual suffering from locked-in syndrome, characterized by complete paralysis with intact sensation and cognition.

Frank Guenther is Professor of Speech Language, & Hearing Sciences and Biomedical Engineering at Boston University. He also holds research appointments at the Picower Institute for Learning and Memory at Massachusetts Institute of Technology and the Department of Radiology at Massachusetts General Hospital. Dr. Guenther’s research combines theoretical modeling with behavioral and neuroimaging experiments to characterize the neural computations underlying speech production. He is the originator of the DIVA model, which provides a quantitative and neuroanatomically explicit account of the neural computations underlying speech motor control and their breakdown in communication disorders such as stuttering and apraxia of speech. He also develops brain-machine interface technology aimed at restoring speech communication to severely paralyzed individuals. These topics are the focus of his 2016 book from MIT Press entitled Neural Control of Speech.