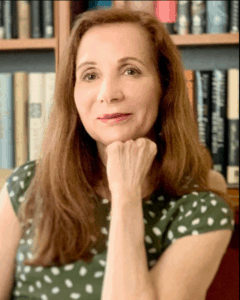 People who are given the sentence “While Mary bathed the baby played in the crib” will say “yes” 50% of the time to a question about whether Mary bathed the baby. Comprehenders also misinterpret passive sentences such as “The dog was bitten by the man”, deriving the interpretation consistent with world knowledge instead of the one licensed by the syntactic structure. But what is it that is merely good enough: the syntactic parse, the interpretation derived from it, or both? In this presentation I will review recent work which shows that misinterpretations are not due to a failure to build a correct syntactic structure but instead arise from competition among multiple interpretations built incrementally during online processing. Good enough processing, then, turns out to be entirely compatible with the assumption that the parser builds full and accurate syntactic representations, and it links misinterpretations to systems that build meaning.

Fernanda Ferreira, Ph.D., is Professor of Psychology and Member of the Graduate Program in Linguistics at the University of California, Davis. Her research focuses on discovering the mechanisms that enable humans to understand and generate language in real time and in cooperation with other cognitive systems. She is a Fellow of the American Psychological Society, the Cognitive Science Society, and the Royal Society of Edinburgh, and in 1996 she received the American Psychological Association’s Distinguished Scientific Award for Early Career Contribution to Psychology (Cognition and Human Learning). From 2006-2010 she was the Editor-in-Chief of the Journal of Experimental Psychology: General, and she has also served as an Associate Editor for the Journal of Memory and Language and Cognitive Psychology. In the past year she helped found a new, fair open access journal called Glossa Psycholinguistics, for which she and Brian Dillon serve as Editors-in-Chief. She has been a member of the Linguistics Panel of the National Science Foundation and is currently a standing member of the National Institutes of Health Study Section on Language and Communication. When she is not doing psycholinguistics, she enjoys running and reading.