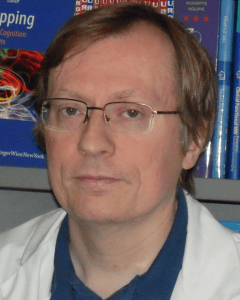 In the traditional literature, brain processing was mainly thought in a localisationist framework, in which one given function was sustained by a discrete, isolated cortical area, and with a similar cerebral organization across individuals. However, this static view of brain functioning does not explain numerous observations of functional recovery following cerebral damages. Here, the goal is to revisit such a classical modular and inflexible model by evolving toward a dynamic organization of neural circuits, which allows postlesional cerebral adaptive phenomena able to maintain neurological and cognitive functions. Indeed, recent data provided by serial mappings performed in patients who underwent awake surgery for glioma infiltrating eloquent structures have provided new insights into the organizational principles of anatomo-functional architecture. First, intraoperative electrical mapping enables the realization of real-time structural-functional correlations both at cortical and subcortical levels, supporting a network distribution of the brain, and resulting in the reappraisal of cognitive models – notably regarding movement, language, executive functions and emotional processing. Second, combination of neuropsychological assessments and functional neuroimaging before and after operation(s) demonstrates that it is possible to achieve massive resections of “critical” regions without eliciting permanent sequelae, thanks to remodelling of cerebral circuits. Third, repeated surgeries in cases of tumor relapse show functional remapping in the same patients over time. Based upon these recent data on brain connectome, the aim is to challenge the outdated localisionnist view, and to propose an alternative meta-networking theory. This model holds that complex behaviors arise from the spatiotemporal integration of distributed but relatively specialized networks underlying conation and cognition. Dynamic interactions between such circuits result in a perpetual succession of new equilibrium states, opening the door to considerable interindividual behavioral variability and to neuroplastic phenomena. Indeed, a meta-networking organization underlies the uniquely human propensity to learn complex abilities, and also explains how postlesional reshaping can lead to some degrees of functional compensation in brain-damaged patients, even though white matter connectivity constitutes a main limitation of such neuroplasticity. The major implications of this approach are discussed, both in fundamental neurosciences as well as for clinical developments.

Hugues Duffau (MD, PhD) is Professor and Chairman of the Neurosurgery Department in the Montpellier University Medical Center and Head of the INSERM 1191 Team “Plasticity of the central nervous system, human stem cells and glial tumors” at the Institute of Functional Genomics, University of Montpellier (France). He is an expert in the awake cognitive neurosurgery of slow-growing brain tumors, as low-grade gliomas, a routine which he has developed since more than twenty years. His fundamental approach is centered on the concepts of the brain connectomics and neuroplasticity, breaking with the traditional localizationist view of cerebral processing. For his innovative work in neurosurgery and neurosciences, he was awarded Doctor Honoris Causa six times, and he was the youngest recipient of the prestigious Herbert Olivecrona Award from the Karolinska Institute in Stockholm. He has written four textbooks and over 430 publications in international journals ranging from neurosurgery to fundamental neurosciences, including cognitive sciences and brain plasticity for a total of more than 34,000 citations and with an h-index of 99. He gave more than 560 invited lectures, and was invited as a visiting professor in more than 50 institutions. He is member of Editorial boards of many journals (as Brain and Language, Neurosurgery or Neuro-oncology) and ad-hoc reviewer for around 100 journals (over 950 reviews) including: New England Journal of Medicine, Lancet Oncology, Nature Medicine, Nature Reviews Neuroscience, Nature Reviews Neurology; Annals of Neurology, Brain, Cerebral Cortex, Trends in Cognitive Science, Current Biology, etc. He is member of many societies, such as the French Academy of Medicine, the French Academy of Surgery, the World Academy of Neurological Surgery, the Young Neurosurgeons Award Committee of the World Federation of Neurosurgical Societies, the Scientific Committee of the European Association for Neurooncology.

Voting Is Now Underway for the 2020 SNL Board of Directors

Congratulations to Laura Gwilliams, Recipient of the Dissertation Award

Congratulations to Gesa Hartwigsen, Recipient of the Early Career Award

Congratulations to Karen Emmorey, Recipient of the Distinguished Career Award