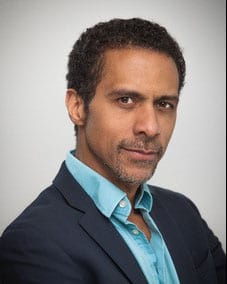 Vocal learning is one of the most critical components of spoken language. It has evolved rarely, several independent times among mammals and birds. Although all vocal learning species are distantly related and have closer relatives that are non-vocal learners, humans and the vocal learning birds have evolved convergent forebrain pathways that control song and speech imitation and production. Here I will present an overview of the various biological hypothesis of what makes vocal learning and spoken language special, how it evolved, and what differs about the mechanisms compared to other behavioral traits. We used comparative genomics and transcriptomics to discover convergent changes in genes in song learning pathways in birds and speech pathways in humans that control brain connectivity, neural activity, and synaptic plasticity. The specialized regulation is associated with convergent accelerated regions in their regulatory regions, that have binding sites by a set of transcriptive factors with differential regulation specific to vocal learning circuits. To explain these findings, I propose a motor theory of vocal learning origin, in which brain pathways for vocal learning evolved by brain pathway duplication of an ancestral motor learning pathway, using mostly the same genes, but with some divergences in gene regulation via sequence and epigenetic changes, that control divergent connectivity and other specialized functions to rapidly integrate auditory input with vocal motor output.

Erich Jarvis, Ph.D., studies the molecular and genetic mechanisms that underlie vocal learning, using birdsong as a primary model for human spoken language. He has developed an integrative approach that combines computational, behavioral, physiological, and molecular techniques to uncover not only the neural genetics of vocal learning, but also the evolution of this complex behavior. Dr. Jarvis’s studies comparing neural structure and gene expression in songbirds and other species have led him to theorize that the brain pathways for vocal learning in both birds and humans likely evolved from a motor circuit common to all vertebrates. By harnessing new technologies to elucidate the biological mechanisms that underlie vocal learning, Dr. Jarvis is further exploring how neural circuits are established.