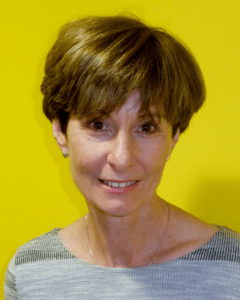 Autonomy or interdependence of language and non-verbal cognition: the language and thought debate from the perspective of global aphasia

Rosemary Varley is Professor of Acquired Language Disorders in the Division of Psychology & Language Sciences at University College London. Previous posts have included work in the NHS, and appointments at the Universities of Hong Kong and Sheffield. Her research is funded by The Stroke Association, The Alzheimer’s Society, and UK Research Councils (ESRC and AHRC). Most of her work is directed to the investigation of post-stroke language impairment, but she has also explored language disruptions in the dementias and schizophrenia. Major research themes are exploration of grammatical processing and speech control impairments (apraxia) from the perspective of usage-based approaches to language, as well as their application in other domains of psycholinguistics, such as bilingualism. This work has informed interventions for post-stroke speech and language disorders, with a focus on intensive behavioural therapy in combination with non-invasive brain stimulation. A second core theme – and the topic of this talk – is exploration of residual reasoning ability in individuals with severe aphasia. This evidence informs debates as to the autonomy or, alternatively, the interconnectedness of language with other cognitive mechanisms in the mature/adult cognitive architecture.