The Society for the Neurobiology of Language is pleased to announce the 2018 Early Career Award winners: Bharath Chandrasekaran and Pascale Tremblay.

The Early Career Awards are generously sponsored by Brain and Language. 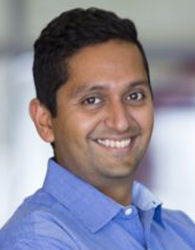 Speech sounds are multidimensional, acoustically variable, and temporally ephemeral. Despite the enormous computational challenge, native speech perception is rapid and automatic. Over the last decade, we have made substantial progress in understanding the cortical mechanisms underlying mapping of speech onto meaning (ventral pathway) and articulation (dorsal pathway). The dorsal and ventral streams are useful points of reference to understand the processing of native speech signals. The primary goal of this talk is to elucidate mechanisms underlying how novel speech categories are acquired and represented in the mature brain. I will discuss a novel theoretical framework, the dual-learning systems (DLS) model that characterizes the neurobiology of two complementary corticostriatal streams involved in sound-to-rule and sound-to-reward mapping. I test the premise that temporal lobe circuits are trained by the dual corticostriatal circuits to incorporate dimensional rules (via the sound-to-rule stream), multidimensional integration (via the sound-to-reward stream), ultimately leading to automatic, and abstract neural representations related to categories. Our systems neuroscience approach delineates the role of multiple, functionally distinct corticostriatal loops in speech and language processing and provides a scaffolding for evaluating the impact of striatal dysfunction in individuals with communication disorders

Bharath Chandrasekaran received his Ph.D. in Integrative Neuroscience from Purdue University in 2008, and after a two-year Postdoctoral Fellowship at Northwestern University, he became an Assistant Professor in the Department of Communication Sciences and Disorders at The University of Texas at Austin, receiving tenure in 2015.

Dr. Chandrasekaran has developed two theoretical models of speech learning that are paradigm shifting. The Predictive Tuning Model argues against a corticocentric view of speech learning and proposes that top-down corticofugal connections are instrumental in selectively enhancing speech signals in challenging listening environments and during auditory learning. His dual learning systems (DLS) model proposes two dissociable cortico-striatal neural streams that are active during learning: a sound-to-rule mapping ‘reflective’ system, wherein processing is under conscious, deliberative control, and a sound-to-reward mapping ‘reflexive’ system that is not under conscious control. His most recent research examines the impact of non-invasive peripheral nerve stimulation on language learning in adults. Dr. Chandrasekaran has published 60 peer-reviewed papers (17 in the last two years), and his work was recently highlighted in Scientific American. His publications and collaborative research projects cover the entire gamut of neuroimaging approaches: EEG, fMRI, electrocorticography, neuromodulation via peripheral nerve stimulation, and near-infrared spectroscopy. In addition to his rich research contribution, Dr. Chandrasekaran serves as the Editor-in-Chief of the Journal of Speech, Language, and Hearing Research (Speech section), and he is a standing member of the NIH Language and Communication (LCOM) panel. During his early career, Dr. Chandrasekaran has demonstrated continued excellence in research and is an exceptional academic citizen. 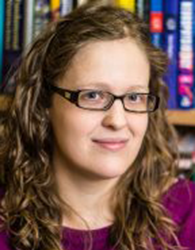 Studying the Aging of Speech Functions

The ability to produce and perceive speech forms the building blocks of human communication. The complexity of the neural networks that support speech functions, and its important ties with other functional systems, is increasingly recognized in the scientific community. Yet, despite the importance of speaking, communication and social interactions, little is known about the sensorimotor and cognitive mechanisms that underlie age-related changes in speech perception and production and how they affect communication and well-being. In this talk, I will present recent work from my lab that explored the organisation of the neural speech systems, and the impact of aging on speech functions using behavioural and multimodal brain imaging techniques. I will describe the neurobiological mechanisms that underlie these changes, focusing on neuroplasticity. I will also briefly touch on our recent work on singing as a modifier of normal aging. Understanding how the speech network evolve throughout the lifespan is a timely scientific challenge that holds implications for preventive medicine and rehabilitation.

Pascale Tremblay received her Ph.D. in Communication Sciences and Disorders in 2009 from McGill University. The same year, with Dr. Steven Small, she co-founded the Society for the Neurobiology of Language. She organized the Society´s first two meetings in Chicago (2009) and in San Diego (2010), and later remained involved with the Society as elected Treasurer from 2013 to 2016. This year she is the local organizer for the 10th anniversary meeting.

After completing two postdoctoral periods at the University of Chicago and at the Università degli Studi di Trento in Italy, she joined the Speech-language pathology program at Université Laval in 2011 as an Assistant Professor. In 2014, she became the co-director of the CINQ, a group that promotes and facilitates brain imaging research at Université Laval through diverse scientific activities. She was promoted to Associate Professor in 2016. Dr. Tremblay has made significant contributions in the areas of speech motor control, speech perception and the “language connectome,” using multimodal brain imaging and non-invasive brain stimulation. She has also made significant contributions to understanding the impact of aging on the aforementioned neurobiological processes and the neural structures with which they are associated. Dr. Tremblay’s productivity has been impressive, with 50 publications including 41 peer-reviewed articles (19 of which published in the past three years). She has also been successful in obtaining research funds from foundations and several funding agencies in Canada and the United States.

Dr. Tremblay’s research interest stem from a view that speech and language are a highly evolved communicative behavior that rely on neurobiological mechanisms shared with a wide range of human behaviors. Dr. Tremblay has a strong research interest in uncovering and identifying the manner in which generalized neural functions engage specialized mechanisms associated with the flexible and complex variations that give each behavior its own identity.