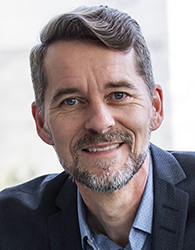 Language Evolution through the Bottleneck: From Milliseconds to Millennia

Over the past few decades, the language sciences have seen a shift toward explaining language evolution in terms of cultural evolution rather than biological adaptation. This work has demonstrated how various nonlinguistic biases amplified by cultural transmission across generations, along with pressures from interactions between individuals within each generation, may help explain many aspects of linguistic structure observable in today’s languages. Language universals, on this account, are viewed as probabilistic tendencies deriving from domain-general constraints on the nature of our thought processes, our sensori-motor apparatus, socio-pragmatic factors, and cognitive limitations on learning, memory and processing. As an illustration, I discuss the possible contribution to language evolution of a fundamental constraint on processing. During normal linguistic interaction, we are faced with an immense challenge by the combined effects of rapid input, short-lived sensory memory, and severely limited sequence memory. To overcome this Now-or-Never bottleneck, language users must learn to compress and recode language input as rapidly as possible into increasingly more abstract levels of linguistic representation. I highlight some of the key implications for theories of language acquisition and processing as well as the neurobiology of language.

Morten H. Christiansen is the William R. Kenan, Jr. Professor of Psychology and Co-Director of the Cognitive Science Program at Cornell University as well Senior Scientist at the Haskins Labs and Professor in Cognitive Science of Language at the School of Communication and Culture and the Interacting Minds Centre at Aarhus University, Denmark. He was the Ida Cordelia Beam Distinguished Visiting Professor at the University of Iowa (2010) and Visiting Professor at the University of Hong Kong (2012). His research focuses on the interaction of biological and environmental constraints in the evolution, acquisition and processing of language. He employs a variety of methodologies, including computational modeling, corpus analyses, statistical learning, psycholinguistic experiments, and neuroimaging. Dr. Christiansen is the author of nearly 200 scientific papers and has edited four books. His newest book, Creating language: Integrating evolution, acquisition, and processing, from MIT Press (2016), provides a comprehensive overview of his work over the past two decades. He is a Fellow of the Cognitive Science Society, the Association for Psychological Science, and the Psychonomic Society. Among his awards are a Cognitive Psychology Section Award from the British Psychological Society (2013) and a Charles A. Ryskamp Research Fellowship from the American Council of Learned Societies (2006). Dr. Christiansen delivered the 2009 Nijmegen Lectures at the Max Planck Institute for Psycholinguistics, the Netherlands, and was the inaugural keynote speaker at the Edinburgh Lectures in Language Evolution, Centre for Language Evolution, University of Edinburgh, in 2017.