The Society for the Neurobiology of Language is pleased to announce the 2019 Distinguished Career Award winner: Jeffrey Binder.

The Distinguished Career Award is generously sponsored by Language, Cognition and Neuroscience. 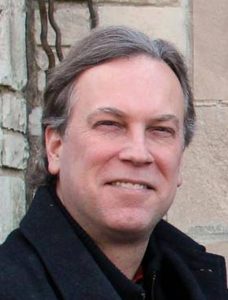 Language Neuroscience in the Modern Age: A personal perspective

Dramatic advances in our understanding of language systems in the brain have accrued over the past 25 years as a result of functional neuroimaging experiments. These data make it clear that many of the core features of classical biological models of language are no longer tenable. The highly localist view of the left posterior perisylvian region as a comprehension module, for example, has given way to a model in which language comprehension occurs over widely distributed networks for speech perception, syntactic processing, and semantic cognition. The classical view of the left inferior frontal gyrus as a module for language production has similarly been supplanted by a model involving distributed networks for concept retrieval, lexical selection, syntactic processing, phonological access, and articulatory planning. Many of these networks participate in both comprehension and production, blurring the biological distinction between these complex functions. The speaker will give an overview of these neurobiological advances and discuss some developments in the areas of phoneme perception, reading, semantic cognition, and clinical language mapping to which he and his colleagues contributed. An argument will be made for the central role of concept retrieval and selection in many facets of human cognition, including language.

Dr. Jeffrey R. Binder is a cognitive neurologist whose research centers on the neural bases of language functions. He completed his undergraduate studies and his MD at the University of Nebraska, followed by a Neurology residency at Columbia University. As a postdoctoral fellow at the Neurological Institute of New York, his study of pure alexia provided some of the first evidence for a specific orthographic perceptual system in the left fusiform gyrus. In 1992 he joined the Neurology Department at the Medical College of Wisconsin, where he led several of the earliest fMRI studies on language and speech perception. His large body of work is characterized by detailed attention to theoretical issues, experimental control, and anatomical precision. Beyond his seminal contributions to the understanding of lexical representations in the human brain, he also conducts research on acquired language disorders and language lateralization in healthy and clinical populations, and made critical contributions in developing the field of presurgical fMRI.

Beginning with his pioneering use of neuroimaging to study language function, Dr. Binder has been a leader in the study of the neurobiology of language. His extensive research on lexical semantics has delineated specific contributions of sensory and motor systems to concept representation, culminating in a novel high-dimensional brain-based model of word meaning. His work has contributed significantly to longstanding debates on abstract and concrete word representation. In another line of work, Dr. Binder published the first fMRI study of speech perception in 1994, and in 2000 characterized hierarchical processing of nonspeech and speech sounds in the superior temporal cortex. In yet a separate line of study, Dr.Binder published the first validation study comparing language lateralization through preoperative fMRI and invasive Wada testing, followed by several large-scale studies examining factors associated with language lateralization and fMRI-Wada discordance. Binder and colleagues also published the first (and still the largest) study showing that preoperative fMRI is predictive of postoperative language and verbal memory outcomes. This work played a large role in recent guidelines developed by the American Academy of Neurology concerning presurgical language fMRI. Dr. Binder’s contributions to the basic science of reading, speech perception and semantics, along with clinical contributions including pre-surgical language mapping and the understanding of acquired language disorders, exemplify the interdisciplinary ethos and mission of the Society for the Neurobiology of Language.